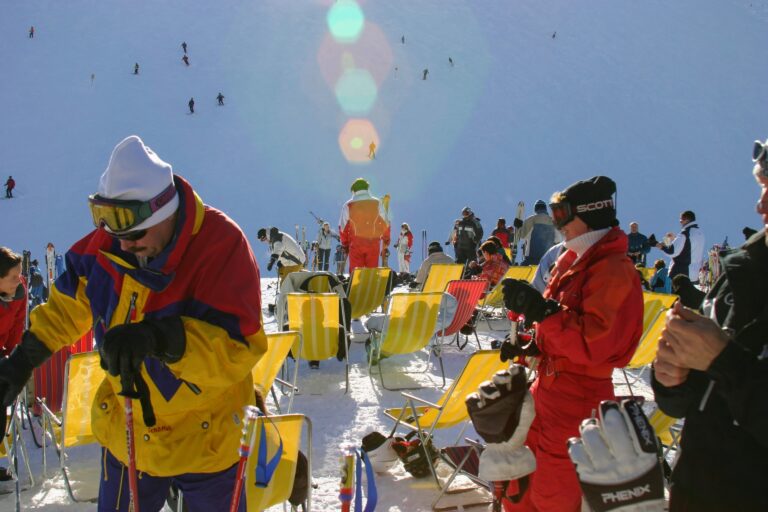 Getting to Zillertal, Mayrhofen

We began organizing our year-end getaway in October. We had previously traveled to some warm locations this year, including Kenya and the Philippines, so it seemed like we would like to go skiing. Until now, our only mountain skiing experience came from Scandinavia. We wanted to try something new this time, so we decided on Mayrhofen in Austria’s Zillertal valley based on online recommendations.

At the end of October, we contacted the Estonian tourist office to buy reasonable accommodation with their help. They were accommodating and friendly but said we were a little late; usually, people book the year-end skiing holidays in such excellent resorts in January after the previous year-end vacation. But still, they recommended sending 50-60 e-mails to different pensions and guesthouses, and there is always a possibility that you are just lucky.

So, next Sunday was full of exploring the internet for Mayrhofen accommodation and sending e-mails. Unfortunately, I also received a negative response: “Thank you for your interest! We are fully booked. Maybe you want to make the reservations for next year-end?” etc. We also got a “No” from Landhaus Veronika. Luckily, somebody canceled their reservation and returned to us with positive news. Now we had only to book the ferry and wait for the dates.

On December 25, we started our journey with the Regina Baltica ferry from Tallinn to Stockholm. The ferry was quite empty. During the evening program, there was a music quiz, which we won! So the trip started very happily.

From Stockholm, we drove to Lübeck, where we had a booking at the Best Western Hotel Lübecker-Hof. The hotel was excellent, and the breakfast was delicious. The following day, we started at 9:30 AM to be in Mayrhofen in the evening.

Our first experience was on the famous German Autobahns, where the speed is unlimited. We had 1000 km to drive that day, and it took 10 hours with several stops.

We arrived in Mayrhofen at 8 PM. It was dark already, but we could notice the beauty of this Alpine village. We found our accommodation in the Apparthotel Mayrhofen. Apparthotel surprised us positively.

The first turn was to the ski rental, as we did not have skis. The people in the ski rental were very friendly and helpful. They suggested we not use the Penkenbahn lift in the middle of the village because of the enormous queue. Instead of that, they suggested starting from Horberg.

The weather in the village (800m above sea level) was wet, and the temperature was above zero. After parking the car at the bottom of the Horberg, we changed to ski boots on the green grass. The ski lift took us to a height of 1650m. Honestly, the first trip felt a bit scary, but it was safe, of course.

The slopes appeared to be wider than in Swedish ski resorts. We started with blue slopes but later felt good on red ones.

After a day on the slopes, we spent the evening in the sauna of Apparthotel Veronika. There were three saunas: a Finnish, a steam room, and an infrared sauna. Also, the pool was quite large, and sitting in the bubble bath was quite relaxing.

It was a perfect day! Before falling asleep, we made plans for the next day. With the Mayrhofen Ski pass, you have an opportunity to ski on 157km of slopes of every level of difficulty, 49 lifts, and guaranteed snow up to 2,500m.

The Mayrhofen Skiing Area, with its Ahorn, Penken, Rastkogel, and Eggalm ski fields, is a holiday destination of the superlative. Demanding, varied, diverse, and entertaining—with this, Mayrhofen offers perfect winter enjoyment for like-minded people.

On December 31, the weather was cloudy. This was our third day at Mayrhofen ski resort; yesterday, we were skiing in Rastkogel.

We started our day by buying a new battery for the video camera, as one was lost on the slopes. But today, the plan was to go to the highest mountain in the Zillertal valley – Hintertux Glacier, and we expected this to be worth filming.

It was a 40-minute ride from Mayrhofen to Hintertux village. The road was through the Alpic villages, where houses were all painted with frescos. There is about 86 km of skiing slopes. On Hintertux, you can ski in summer as well.

We parked our car in the car park at the bottom of the mountain in the Hintertux village, which is 1500m above sea level. After changing the boots, we went on the glacier bus (ski lift). You need to use three glacier buses to be lifted to 3250 meters. This is also the observation platform, but we did not see much as the weather was cloudy.

The first slope down from the highest point was very steep. It was marked red on the piste map, but it seemed to us more like a black slope. We slide down using several pitches to the restaurant’s sun terrace Tuxer Fernerhaus at 2660 m. We had a lunch of goulash soup and a tasty apple strudel with vanilla sauce. After lunch, we went skiing again on the highest slopes in the Zillertal valley.

Apres-ski is very famous in the Alps. It starts in the afternoon already. We enjoyed Apres Ski in the outdoor cafeteria on New Year’s Eve at Hintertux slopes. It was great fun to hear Hintertux’s hymn, dance in ski boots, and enjoy the atmosphere.

After taking a quick sauna and swimming, we started preparing for New Year’s Eve. We had an Estonian national dish—oven-baked potatoes with pork. We also added some German sausages. At the time when New Year started in Estonia (an hour before the local time), we went out to fire the rockets and had a glass of champagne. The real fireworks began an hour later—now, the Zillertal valley was full of light and sound.

The following day, on January 1, we turned on the TV, as usual, to see how the weather was in the different mountains. When it reached the Hintertux, we noticed that there were clear skies. Based on that, we decided to go on Hintertux again, and this was the right decision.

This time on the observation platform, the sky seemed so close. We enjoyed fascinating views of the Austrian and Italian Alps from the panoramic terrace. Skiing on such a high with such beautiful weather was just fantastic!

The last day of skiing in the Zillertal valley was cloudy and snowy rather than sunny. We have decided to visit the mountain we have not tried yet—Ahorn.

Ahorn is at an altitude of 670–1965 meters. Because of its easy-to-intermediate slopes, the friendly Ahorn ski area is well-suited for families. The easy runs attract beginners and children, but good skiers can also enjoy a variety of pistes. Also, here is Austria’s steepest ski run and the 5,5km longest downhill valley run. The Ahorn ski area has a permanent free race course with a timer.

We tried all the options available at Ahorn. Children were thrilled with the racing option; it looked so real. Although the weather was not so good, we were all pleased with the day at Ahorn.

So our skiing vacation was going to end. We were all convinced that Mayrhofen is, in winter, an idyllic place nestled in a valley.

Numerous mountains with large ski areas and shimmering white mountaintops characterize the Zillertal valley’s pristine and beautiful winter landscape. During our six-day skiing vacation in the Mayrhofen main area, we visited Penken, Rastkogel, Eggalm, and Horberg. The altitudes of those slopes were as follows:

We did not ski the whole 157 kilometers of pistes or try all 50 lifts, so we plan to return someday. The Zillertal valley is an excellent ski resort. Zillertal and especially Hintertux are hard to say goodbye to. You want to stay. We wanted to stay.

Our trip back took two days. We did not have accommodation booked, as we thought that at that season there should be a lot of availability in hotels and motels in Scandinavia. We did not know that most hotels near Copenhagen were closed due to a lack of guests. Therefore, finding a hotel was very challenging, but we found one in a suburb of Copenhagen.

Furthermore, our trip was driving to Stockholm. We crossed Øresund Bridge and were on time in Stockholm Frihamn to go home by ferry Victoria. This was an excellent year-end for our family!

See the photo gallery for Zillertal and Hintertux.